The project builds on DUFA’s on-going experiences from the Plant Health project in the neighboring districts, which also has a strong focus on sustainable agriculture and organization building. The project also builds on experiences from ADDA’s on-going Tanzania project “Linking small-scale farmers to the international market for organic sunflower” (see ADDA homepage for more info).

This new project aims to empower the farmers and their organisations to have control of their agricultural data in order to get their own organic certification. The certification will improve their negotiating power on the national and international market and enable them to get a better price for their produce.

The intervention will explore how smart phones and internet technology can be used to collect and share relevant data between actors.

Oyam and Kwania Districts are already leading producers of organic soybean in Uganda. Much of this soybean is exported to overseas markets. It is normally the international companies and middlemen who reap the benefits leaving farmers in most cases with nothing. They promise farmers high prices but when the crops are harvested they dump the prices leaving the farmers in a role as price takers.

In conclusion the intervention aims to link the farmers to national and international markets by getting them an organic certification.

During the first 6 months of the project the implementing partner, GHNU, has mobilized a total of 200 farmers distributed between Aloro subcounty of Oyam district and Inomo subcounty in Kwania district. GHNU has signed MOUs with local government authorities in the two districs.

Both GHNU board, local government authorities and farmers have shown great interest in the project. It is thus expected that after negotiations between DUFA and GHNU the total number of farmers registered under the project will be increased from the initially planned 200 farmers to 300 farmers, however the budget will remain the same.

According to reports from GHNU group mobilization activities with farmers have been successful. 10 farmer groups have been voluntarily formed and are being constituted.

Data collection activities are well under way. So far initial registration of 200 fields (one field per farmer) have been completed relying on smartphone GPS. All fields have also been re-visited for a 1st monitoring visit for collection of baseline data on fields and farmers.

It is the plan that during 2021 farmers will be trained on organic GAP (Good Agricultural Practices) in order to be able to comply with organic farming regulations. During 2021 GHNU staff will also be trained on establishment and management of Internal Control System (ICS), which will be key to obtaining an organic certification on behalf of the small scale farmers. 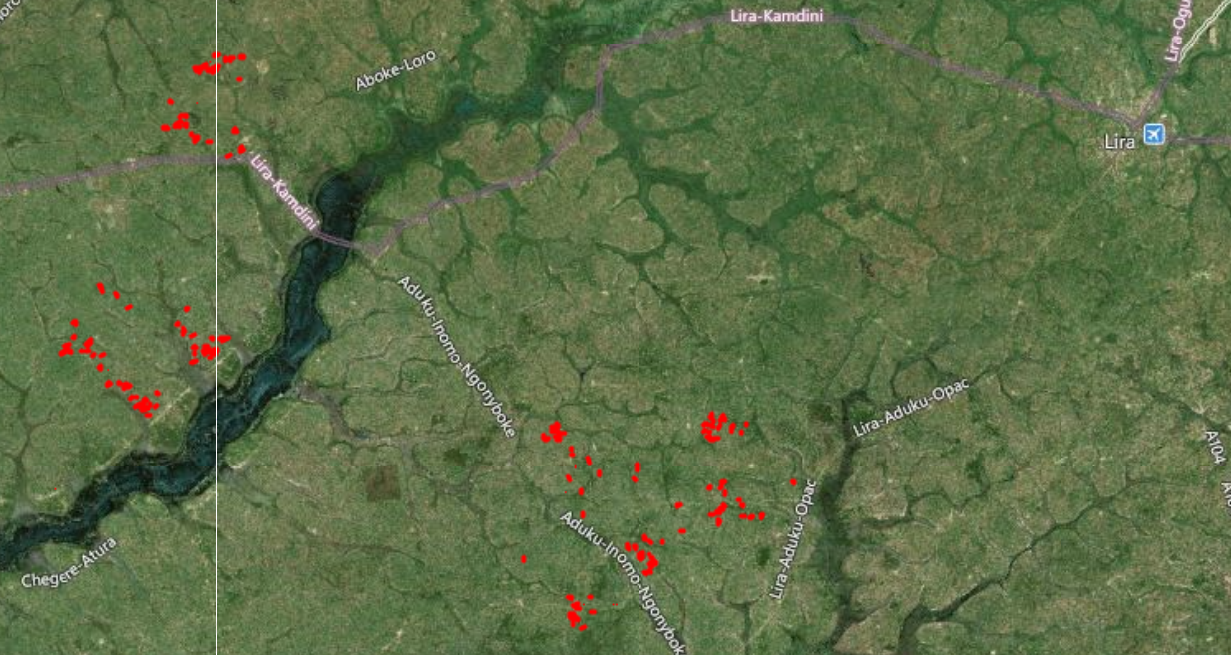 [Overview map of the 200 fields registered] 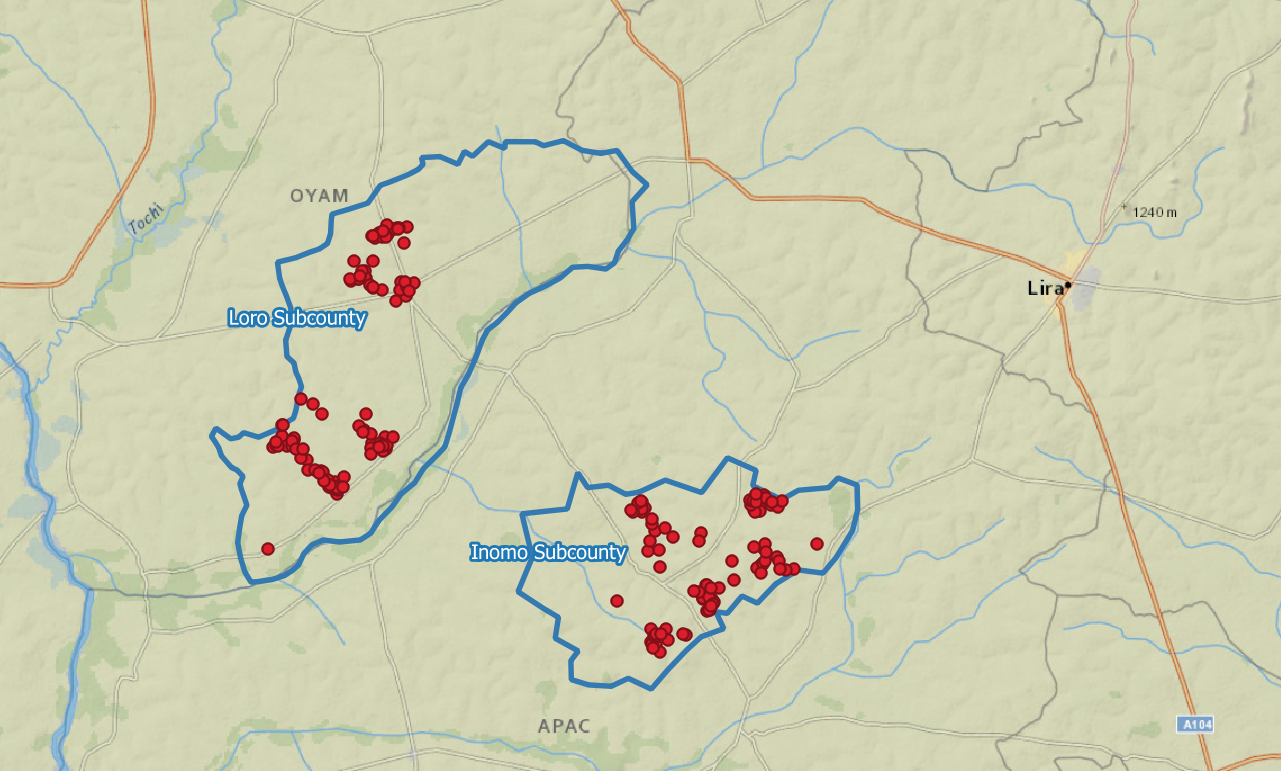 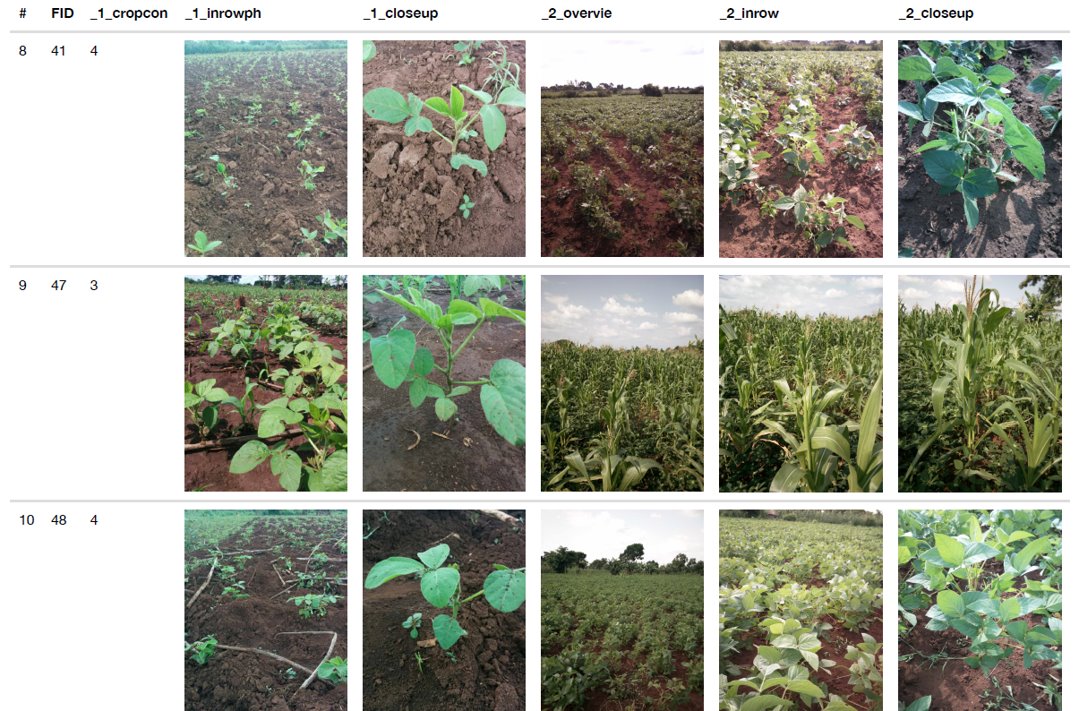